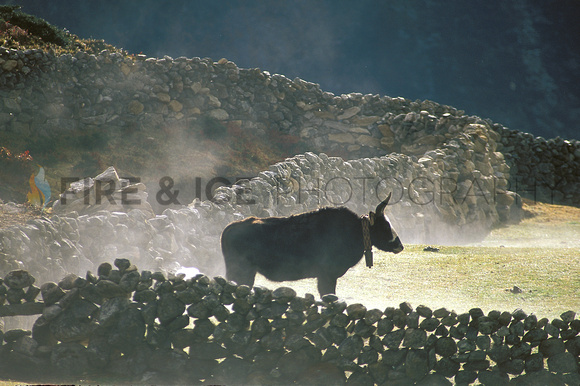 Hi! Welcome to Fire and Ice Photography by Mark Dornblaser. I'm hoping to add more photos on a regular basis, so please return from time to time! Enjoy!

About
Contact Info
Hi! Welcome to my website, Fire and Ice Photography. Here you will see some of my favorite photographs that I've taken over many years, as well as various writings. I hope you enjoy them as much as I enjoy sharing them. Below is my artist statement:

Mark Dornblaser’s love for outdoor photography began at a very early age. His parents believed that seeing the country should be an integral part of his education. Mark photographed the family adventures as they camped and backpacked their way through all 50 states. He complimented these experiences in the world outdoors with his schooling, earning degrees in Environmental Studies and Oceanography. As an ecologist, Mark sees many parallels between the study of natural ecosystems and the photography of these same landscapes. “In ecosystem research,” he says, “you have to approach the world on several different levels. To see the big picture, you need to investigate the various spatial and temporal scales on which natural processes occur. In photography, through our use of composition, light, point of view, aperture, and shutter speed, we are doing the same thing, exploring various parts of our visual world in order to better understand the whole.”


While basically self-taught in photography, Mark has continued to hone his vision and technique through course work at the Maine Photographic Workshops and the Rhode Island School of Design. The luminosity of Mark’s prints has been compared to the watercolors of Emil Nolde. The color exhibits unusual depth, and the result is an “inner” light that evokes an emotional response and more deeply connects the viewer to the imagery.

Mark’s award-winning photographs have appeared in Discover, Gourmet, Middlebury Magazine, The Boston Globe, and the Photographer’s Forum Best of Photography Annual for 1996, 1997, and 2008. His work has been exhibited at the National Video Center in New York City, the Westport Arts Center (CT), and the Exposures Gallery in Sugar Loaf, NY. In addition, he was Artist-in-Residence at Badlands National Park in 1998. His quest has taken him from Alaska to Antarctica, from Australia to Africa, in order to preserve on film the grand landscapes that are in danger of succumbing to man’s encroachment. “I am drawn to the juxtaposition of strength and delicacy that I see in the mountains, canyons, monoliths, arches, and glaciers of the world. So formidable and imposing on the surface, one must realize that they are transient features on our ever-changing earth. Some erode slowly to our perception, on geologic time scales. Others are disintegrating rapidly, as unnatural processes take over. I have found that the native peoples of the world, be they Navajo, Sherpa, or Aborigine, have a tremendous connection to the land, believing that we should be the guardians of the earth’s resources, not the exploiters. We have much to learn from these ancient cultures.”
© fire and ice photo
Available Feeds
RSS | Atom
Recently Added
RSS | Atom
Featured Items
Close
Powered by ZENFOLIO User Agreement
Cancel
Continue